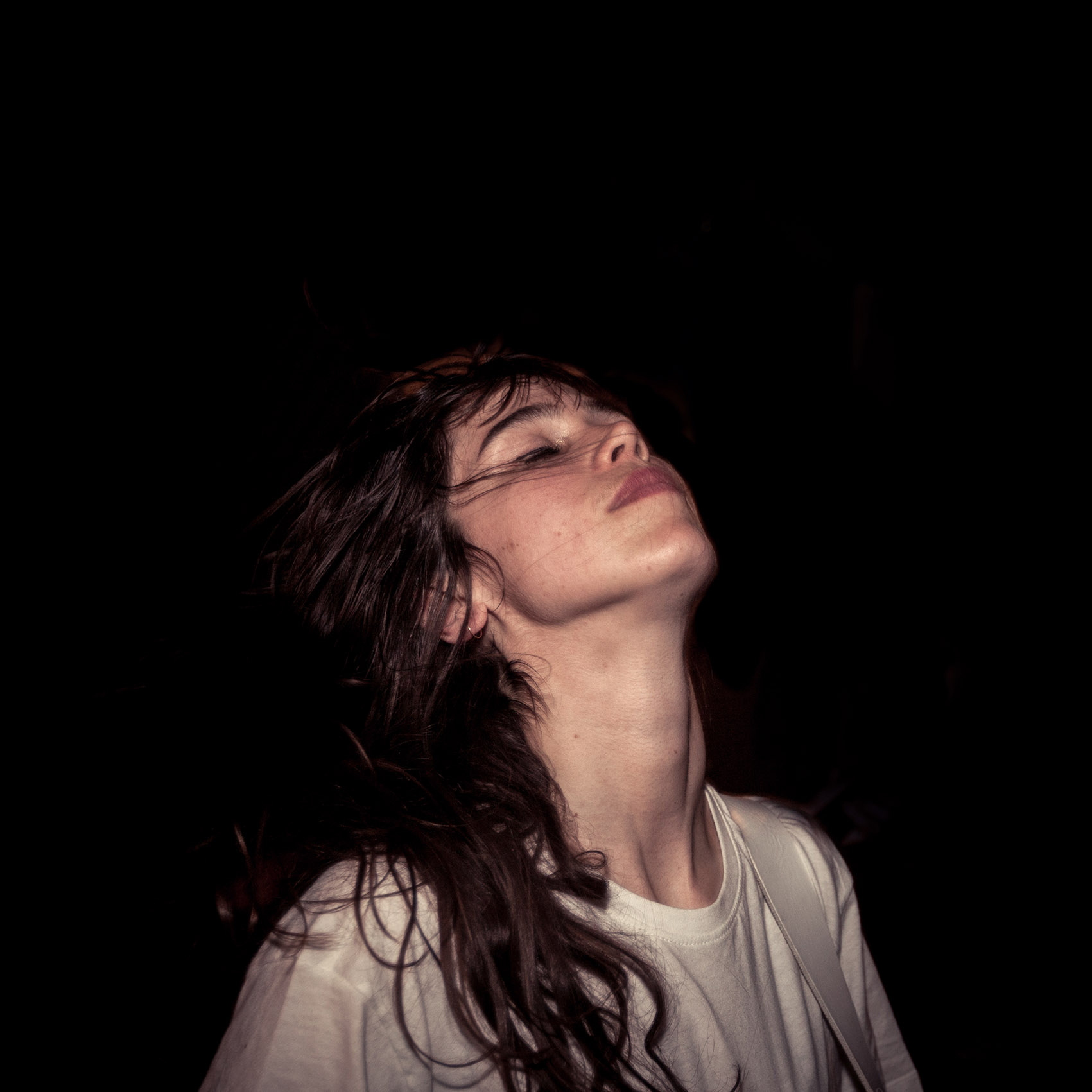 Coming from separate mystical solar systems, and embracing different influences and methods, this collective implodes and explodes. Blue Crime’s strong imagery forms a tight symbiosis with the music–they dress to blend in with the spheric visual projections that swirl over and around them, adding another intriguing layer to what is a deeply immersive live experience. These visual elements are an almost ritualistic token between the individuals who’ve grown into one collective unanimous voice.

After the 70’s cult era fad, we find ourselves in an the entropic modern day where ideas have been recycled and New Age stores open up a quick as as fast food joints. People need to feel routed and grounded to something. Blue Crime is a band that when you listen to their music, it changes how you feel about two parallel universes at the same time. Writer Alexandra Duvekot teaches us that rather than exploring a different age, we could look deeper into our past. To keep one foot with our ancestors and one foot looking into the stars.

Much has happened since the band’s genesis. Founded by Alexandra Duvekot in 2015, Blue Crime is now wanderlust led them on extensive tours across Europe and North America, and in 2015, they released debut EP TYR–a candid documentation of the music’s infancy–via independent label and art collective Meduse MagiQ. Rigorous touring spurred a rapid evolution, as Blue Crime began to project a dynamic and commanding live presence, one that elicits contrasting reactions wherever they perform. The spartan doom-rock thrust of “Trigger” and radiant, moon-stricken post- folk of “Machinery” may be stark contrasts in another band’s repertoire, but when it comes to Blue Crime, everything falls seamlessly into place.

Since releasing TYR, Blue Crime have managed to capture various stages of their unique voyage on tape. They released the homemade Bunker EP on cassette, as well as the Submarine 7-inch on Bronson Recordings, which features two tracks recorded in New York’s beautiful Catskills. They even caught Robert Smith’s ear and were asked by him to play his Meltdown Festival in London last year.

On their upcoming debut LP, Blue Crime harness and mold their inner fire as a tight-knit collective. This feminine group of free spirits has transformed into a pack, hungry and high-wired with visceral energy. A headstrong dynamic that defines Blue Crime’s monolithic sound: they’re an amorphous, elusive rock band who recognize the vastness of silence, but can turn on a whim with

a sonic force equivalent to a hundred billion exploding suns. A band who have become close in a way that transcends language or thought, their chaos allowed to run rampant and reign free.

Blue Crime is psychedelic rock music that goes deep into that pit in your stomach that makes you confront what you are hiding. The unique voice of Duvekot feels nostalgic to the first noise folk record that really « did something » for you. Standing on stage, you know she is your ally. « I believe that people have the right to feel something, » says Duvekot. To voice different feelings is music. Blue Crime is a band that screams chaos. They are a band that one needs to experience live.